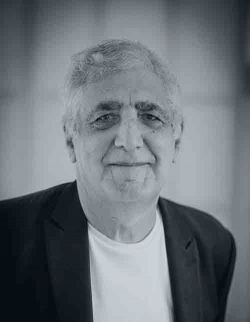 He later qualified as a chartered accountant and ran his own practice for about ten years subsequently selling his firm.

Ian then became an insolvency practitioner and formed Ian Franses Associates (“IFA”) which specialised in rescue work, dealing with a variety of companies and individuals including many in the entertainment business. In June 2014 IFA was sold to Begbies Traynor and Ian agreed to stay on as a partner eventually leaving in June 2019.

However, in June 2016 Ian envisaged that his extensive business contacts might enable him to finally follow his dream of a career in the film and television business and put him in a strong position not only to source suitable Projects but also to raise finance to fund them.

Ian became the Chief Operating Officer in his daughter Tania’s company, Peacock Film Finance Limited, which originally produced short corporate videos. Because of his agreement with Begbies Traynor, Ian was only able to operate the film finance business full time from July 2019. Although the film business suffered nearly two bad Covid years from March 2020 until the end of 2021, since the beginning of 2022, despite the reduction in cinemagoers, because of the greater advance of the streamers such as Netflix, Amazon and Apple the media has become a profitable area for investment.

Mr Ian Franses hosts a 30 minute seminar about investing in TV and Film - join him in Conference Room 1 at 10.40 am, "Why risk investing in Films and TV? ".